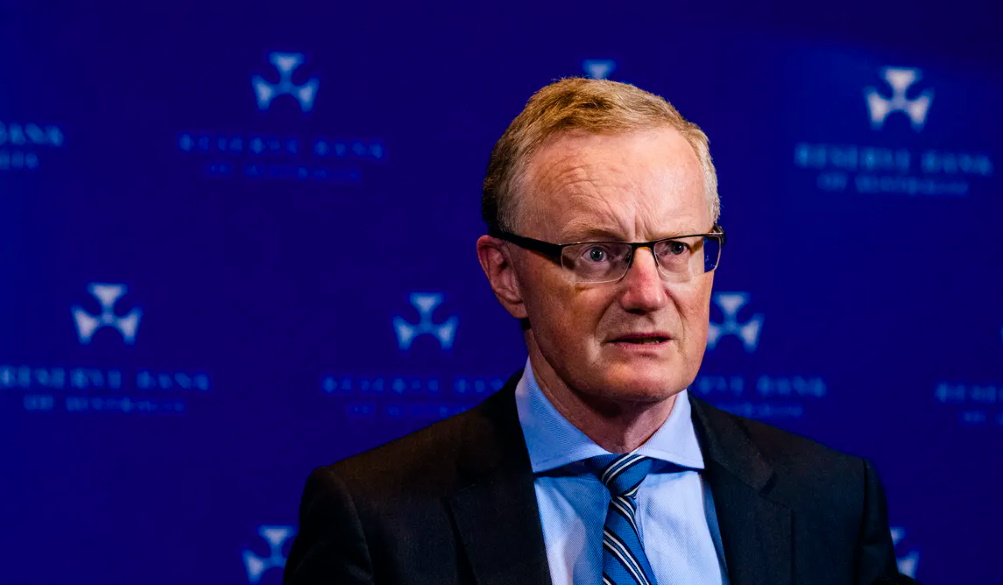 There’s an idea in economics that policy makers need at least one tool for each target at which they are aiming. Fewer tools than targets will mean not achieving all goals.

This is known as the Tinbergen Rule[1] (named for the famed Dutch economist Jan Tinbergen, who shared the first Nobel prize of economics in 1969). It has particular resonance when considering the plight of Philip Lowe, governor of the Reserve Bank of Australia.

Lowe and the RBA are implicitly or explicitly responsible for an array of economic policy targets. I count at least five: inflation; unemployment; GDP growth; residential property prices; and the global value of the Australian dollar.

Some of these targets overlap (such as unemployment and GDP growth), some are instrumental in serving the others (such as the level of the dollar), and some are self-imposed (such as residential property prices). But it’s clear all of these things factor into RBA thinking about monetary policy.

Historically the RBA has only had one available policy tool — short-term interest rates (the “cash rate”) — to deal with all these policy targets. That makes the central bank governor’s job hard, and frustrating at times.

For example, before the “Frydenberg pivot” at this year’s budget, Lowe had been pleading with and pushing the federal government to use fiscal policy more aggressively — that is, by spending more on important areas.

Read more: Ultra-low unemployment is in our grasp. How Philip Lowe became the governor who lifted our ambition[2]

This led to tensions between the central bank and the government — significant enough to warrant a kind of summit in May 2019 to project an image of cooperation. Even if it did have the feeling of a North Korean hostage video. 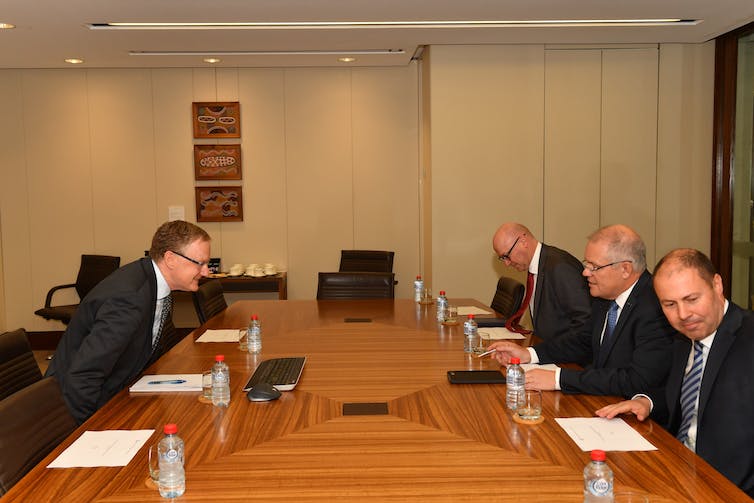 Central banks have gained another policy tool with the advent of so-called “quantitative easing” — whereby they they can influence longer-term interest rates through buying longer-dated bonds.

It has also long been appreciated that what central bankers say is also important. Their statements inform the public and move markets. So credibly conveying information provides another policy instrument.

But there’s a wrinkle here. It’s hard for central bankers to communicate what they know credibly.

Why? Suppose a central banker says something that is both credible and precise. Markets will believe it, and know what it means for future policies.

But this very fact gives the central bank a reason to lie, to move markets in ways consistent with its goals. Identifying this “time-consistency problem” helped Finn Kydland and Edward Prescott win the 2004 Nobel prize for economics.

The tension often leads to central bankers being almost comically vague. Alan Greenspan, the US Federal Reserve chair from 1987 to 2006, made this into an art.

Read more: Greenspan’s 'uncertainty principle' and the evolution of Fedspeak[3] 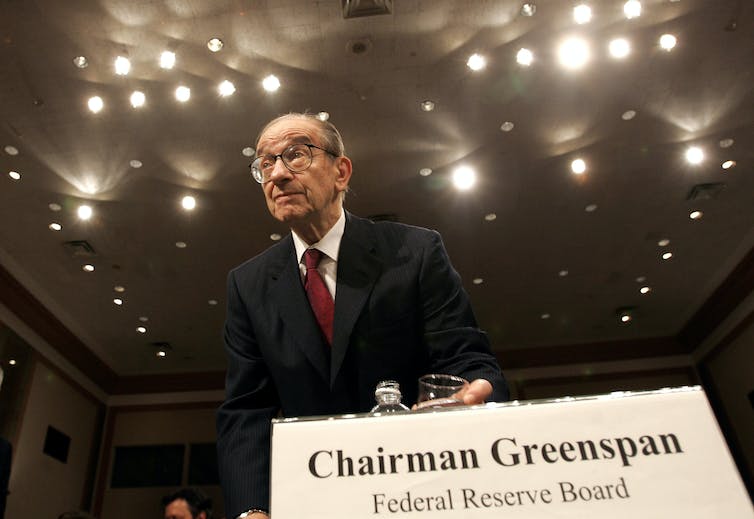 An exercise in ‘forward guidance’

Yet in the past year Lowe has tried to be anything but vague. In a number of statements he has said clearly the RBA won’t raise the cash rate until 2024.

Why has he done this? Because he wants to affect “inflation expectations” and hence actual inflation. Keeping rates low increases the likelihood of inflation. If folks think higher inflation is coming, that will affect how they act now. It could lead, for example, to demands for higher wage rises, which in turn would lead to higher inflation.

Read more: Australia's 2.5% minimum wage rise: there's something in it for you, and the economy[4]

So Lowe is trying to create a self-fulfilling prophecy. He wants higher inflation, in line with the bank’s target range of 2-3%.

What Lowe is doing is known as “forward guidance” — telling the market what he plans to do for the next few years in order to shift from the lower equilibrium to the higher one.

In one sense that’s very clever. In another, it’s pretty dangerous.

For one thing, it could lead to inflation higher than the bank’s target. This happened all too often in the 1970s and 1980s.

But perhaps the greatest danger facing Lowe is that by telling markets definitively what he plans to do until 2024 he risks the RBA not adapting to changing circumstances, or undermining his credibility.

We saw that tension at play this week in the aftermath of the RBA’s Tuesday board meeting.

The direct outcome of the meeting itself[5] was uneventful. The cash rate remained unchanged and the RBA’s bond-buying program was ever so slightly wound back.

But then Lowe took the highly unusual step of holding a press conference. At it he was a lot less definitive[7], noting the economy’s recovery had “widened the range of plausible scenarios for the cash rate”:

This means that probabilities have shifted and the decision to adjust the approach to the yield target reflects this shift in probabilities.

This underlines the difficulty with forward guidance.

Can a central banker really tie themselves to the mast and set the tiller to a fixed course? As famous US baseball manager Casey Stengel once said[8]: “I always heard it couldn’t be done, but sometimes it don’t always work.”